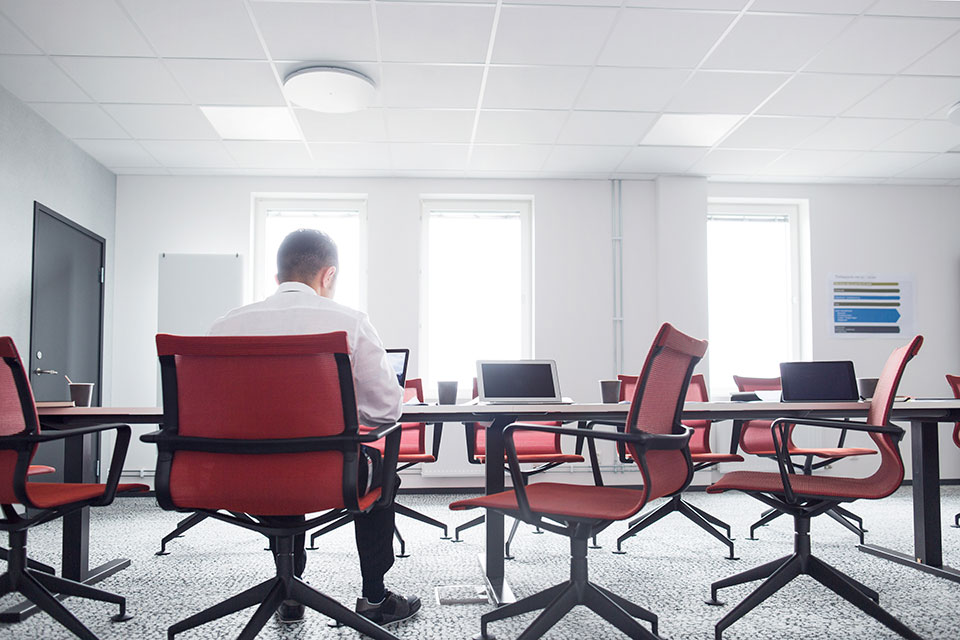 For a long time, video game players have known that the gaming industry has the power to bring people together and build rich, multi-faceted communities. In fact, this sense of identity and camaraderie intensified during the 2020 pandemic, as the gaming world offered a built-in place to gather online when in-person gatherings became unsafe. Video game sales, in turn, skyrocketed. Both console and PC games have seen a large upswing in sales in the past year, and IDC reports that mobile gaming has experienced even larger gains. Gaming brings people together, and more and more players are plugging in to this new way of connecting.

Nowhere in the gaming world is this connection more evident than in Esports. This thriving industry has created an entire ecosystem, including lucrative careers for top players, massive followings, and a true sense of community. It has also generated a need for something perhaps not so unexpected, considering precedents set by essentially all of human history — a true desire to come together in person. Exemplified by iconic Esports events like Blizzcon, the Fortnite World Cup, and the League of Legends World Championship, Esports gatherings are part concert, part corporate event, part improvisational performance, part light show — the list goes on. Beneath the roof of the venue, a vibrant energy sparks as thousands of fans gather to celebrate a hobby that so often confines them to relative physical isolation.

As in-person events become integrated back into everyday life, producers and fans alike are eager to return to event spaces. And with the momentum created in the gaming industry by the past year’s need for community, Esports events are poised to come back bigger than ever. This potentially massive scaling presents a unique opportunity for producers of Esports events to maintain momentum by aligning their design strategies with the desires of the current gaming community, and by creating unforgettable events that will firmly establish Esports competitions as a critical component of the gaming industry.

Lightswitch has worked alongside major producers of Esports events for the past decade, and we have stayed deeply connected to the community throughout the past year. As we too look forward to the return of in-person Esports events, these are the challenges and opportunities we see in the future of Esports.

When designing for an Esports competition, it is critical to take the diverse demographics into consideration. Perhaps most notably, unlike traditional sports, Esports are highly accessible and can be played by those with an array of differing abilities. From community-built modified controllers to the Xbox Adaptive Controller, companies large and small are introducing features to assist those with impaired vision, hearing, and mobility. A great example of this push towards accessibility is the company Naughty Dog, who incorporated modes of play into their game The Last of Us II that make it playable for blind, deaf, and mobility-impaired gamers. Call of Duty: Black Ops has also introduced a mode that allows colorblind players to completely customize the display of the game, creating a spectrum of options to address each player’s specific needs. This accessibility translates to Esports as well, where professional players have emerged with a wide range of backgrounds and abilities. A great example is Danik Soudakoff, a deaf Overwatch player who has worked to make the game more accessible. When Soudakoff attended an Overwatch League matchday, we made sure the interpreter was well lit throughout the entire game so Soudakoff didn’t miss a moment.

There are also opportunities for Esports to continue to improve and expand this inclusivity to other marginalized communities. There have been some successes: since the inception of the Esports industry, LGBTQIA+ players have begun to find a niche within the community, with groups such as Overwatch League holding an annual Pride Day every June.

However, there is still room for expanded visibility for other marginalized groups, especially women and BIPOC. Compared to the makeup of the gaming community as a whole, only a small number of professional Esports players are women. Additionally, though the number of professional BIPOC gamers is growing, there are still far more white players on the average Esports team — including the slice of the Esports community that is represented on-screen at competitions.

In-person events can’t solve all these issues, but they can bring visibility to the gamers of different backgrounds and abilities who are breaking onto the scene, and can provide a place to host panel discussions and continue conversations around equity and inclusivity within the gaming community. Blizzard has embraced this opportunity wholeheartedly with their BlizzCon Diversity and Inclusion space. Since 2017, this BlizzCon feature has given gamers a place to express their experiences, listen to guest speakers, and visit tables set up by gamers hailing from historically marginalized communities. Without physical event spaces like BlizzCon, it would be much more difficult to address these issues of inclusion in Esports.

For designers at Lightswitch, Esports events are some of the most exciting and rewarding. Our work has to live at the intersection of stability and adaptability in order to account for all the variables of the fast-paced competition. Cues must be programmed to progress according to unpredictable in-game happenings, which makes the design process much different than that of a live show or typical broadcast performance.

Lighting designers at Esports events also take on the responsibility of communicating to the audience about the progress of the games themselves. As a long-time Esports event designer and a gamer myself, I’ve learned that in a room of thousands of fans, not everyone will be able to see the screens at all times. For the Overwatch League arena, my team and I designed and installed a giant ring of light that covered the entire audience. As the teams progressed through the game, the ring would push and pull between the teams’ colors, reflecting who might win or lose. Lighting cues such as this are an excellent solution to the issue of visibility at a large event, and can greatly assist in unifying the audience’s experience as the players careen through challenges.

Lightswitch also set up API integration for both the regular Overwatch League season and the Grand Finals competition, which allowed for real-time data collection from in-game events. The data fed to the lighting console directly from the game server, so that when something major happened in the game, it would trigger the lighting at exactly the time it happened, without any human interaction. This helped our team stay alert during 10-12 hour broadcast days, and also made the environment feel as immersive as possible, since the lighting always matched what was happening in the game.

In a similar vein, lighting can also be used more subtly to immerse the audience in the world of a game. For the 2018 Hearthstone Championship, Lightswitch emulated the atmosphere of the game by creating a warm and cozy tavern ambience — artificial crackling log fire included. Players began facing off amidst this welcoming lighting. However, as the tournament advanced to the semi-final and final rounds, the look and feel of our design intensified, mirroring the rising stakes of the game. By the final match, the remaining players competed by the light of two strong spotlights, while everything else faded around them. In this way, Esports events can be lit similarly to theatrical performances. By immersing the audience in the world of the game, the competition becomes exponentially more exciting and engaging.

The Power of Community

When I consider the huge community-building potential of Esports, I think about how video games — especially collaborative ones — have strengthened my relationships throughout my life. Before my husband and I were married, when I was touring with Bob Dylan for my job, I’d return to my hotel every evening and we’d play long-distance World of Warcraft together. Instead of falling into the sometimes repetitive “How was your day?” dialogue, this activity allowed us to actively collaborate over in-game challenges, taking down enemies and deciphering dilemmas together in real time. I remember how this encouraged the already strong bond between us.

Ultimately, it is this element of unification that is key. It may seem like Esports would transition seamlessly into a fully-virtual format, perhaps explaining the uptick in the video game industry throughout 2020. However, any avid fan would argue that Esports lose an integral piece of themselves without in-person competitions. Just as watching basketball on TV is not the same as buying tickets and attending a game, it is also very different to simply spectate a stream or recording of an Esports competition. The thrill of the crowd is gone, as are the bright lights, the music, and the overwhelming noise of cheering fans. For the same reason that live theatre, cinemas, and concerts have endured to this day, Esports are finding a firm foothold as important live events. It is this balance between the inherent physical isolation of at-home video games and the deep relational roots between Esports teams and their fans that make this phenomenon what it is — and nowhere is this admirable element of connection more evident than at public Esports events.

Esports are here to stay, and their offline presence could soon have just as much of an impact as their online one. This burgeoning industry is only starting to gain traction, and its demographic is growing at a rapid pace. Producers of Esports have an exciting opportunity to continue the past year’s momentum, establishing Esports events as inclusive, groundbreaking gatherings in the gaming industry.